A night to remember as our pupils take on the O2! 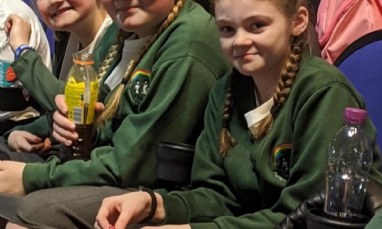 Our pupils showed off their vocal talents by performing at one of the UK’s biggest arenas, the O2 in London.

The event was organised as part of the school’s Life Experiences initiative, where pupils get to take part in a range of life enriching activities throughout their time at primary school.

The children were invited to perform alongside a plethora of stars which included The Shires, Urban Strides and 80’s Spandau Ballet legend, Tony Hadley.

After spending the day rehearsing with world-class conductors and musicians, our pupils joined the stars and thousands of other school children on stage to sing their hearts out as part of ‘The World’s Biggest School Choir’. The arena was packed full of proud parents, family and friends.

Music co-ordinator, Natalie Duncan said: ‘As well as gaining one of their Life Experiences by being able to say they have performed at the O2 Arena, the children had an amazing time’.